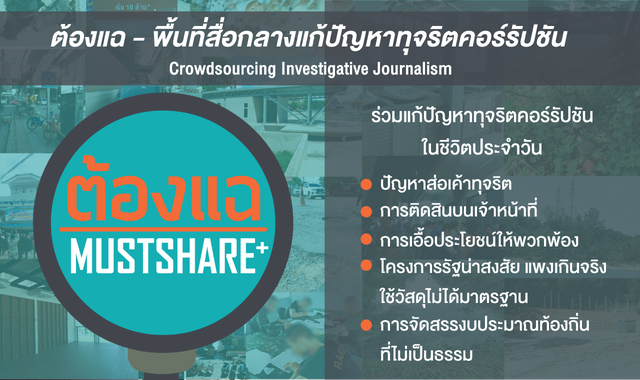 Must-Share is an anti-corruption facebook page (www.facebook.com/mustshareofficial) founded by a group of people who accept no excuse for corruption!

We “Must Share” all unrighteous incidents, events and experiences! No matter it is about corruptions or complaints. Isn’t it better to work together in anti-corruption? Isn’t it safer to have a public space where everyone can opt to anonymously share their opinion and cases?

Sources reported that the market has been opened for a while but there were very little customers and vendors.

Must Share’s investigation: The case has been shared via Must Share network and received a lot of attention from the public. Sources revealed that the construction budget of the market was as high as 28 million baht but the place was barely used for the betterment of local communities nearby. In addition, public toilets for people with disabilities at this market are always closed. The issues have led to the investigation of conflict of interest between the contractor and some high ranks state officers. 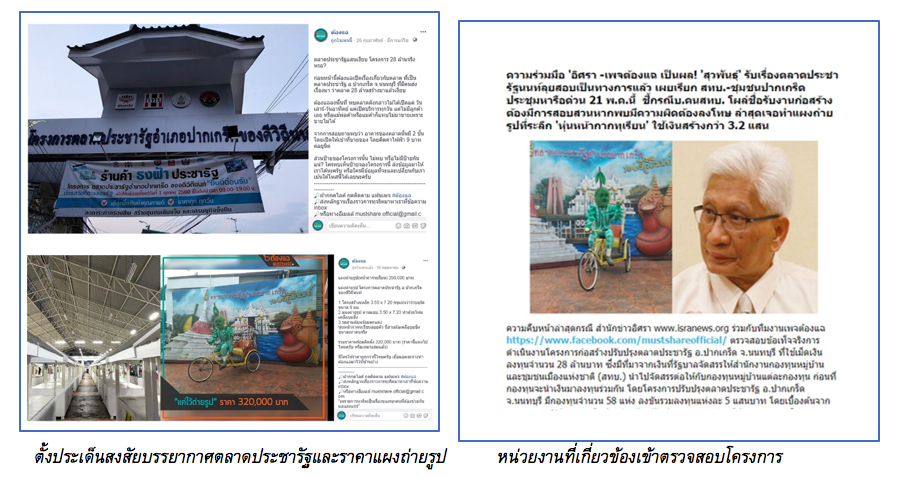 Result: Must Share together with Isranews conducted a series of news scoops about the case and received more attention from the public. Officials tried to utilise the market more for the benefits of local communities, more vendors are present. The State Audit Office has requested related officials to give clarity and tailed information about the case

Background: An annual dredge of the canal in Tah Rap sub-district in Ratchaburi province needed to be conducted. However, sources reported that the local municipal committee had spent the initial budget in other activities.

Must Share’s investigation: Photo of evidence and complaints from locals have been posted on Must Share network. 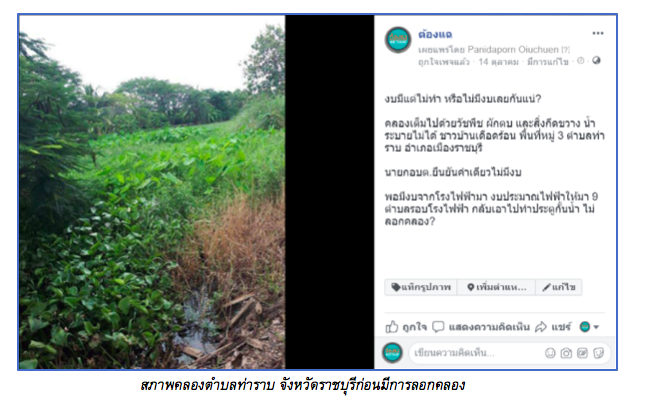 Result: After the post has been shared for just one day, the Ratchaburi governor immediately investigate the case and the dredge was conducted.

1. Send your cases to Must Share’s inbox on Facebook

4. Information from Must Share network will be utilised as following:

As a result of this co-operation, the public will be more aware of corruption cases. They will also learn how to prevent such case to replicate in their communities. The public is activing as supporters to State Audit Office and National Anti-Corruption Commission.

Moreover, Must Share is planning to expand its channel to Twitter to tackle younger audience as well as a partnership with 77Khaoded.com, the news website covering stories from 77 provinces in Thailand in order to reach out to more audience outside of facebook.